The Tory Leadership Race: What it Means for Businesses 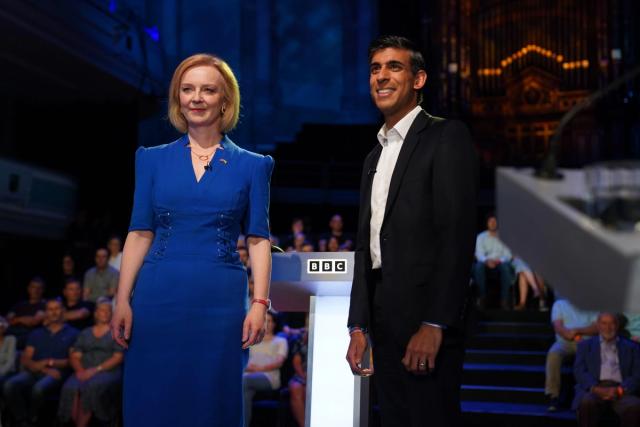 They say a week is a long time in politics, so imagine what could go wrong in three years. In December 2019, Boris Johnson led the Conservative Party to its biggest election victory since 1987, going on to deliver Brexit the following January, after years of parliamentary stalemate. Since then, however, his authority as prime minister has been eroded by the botched handling of a series of scandals - including partygate amid the pandemic.

The Tory party finally called time on Johnson’s premiership in July, with his resignation triggering the inevitable leadership contest to succeed him. This has now been whittled down to two candidates: former Chancellor Rishi Sunak and current Foreign Secretary Liz Truss.

In this article, we ask: will the new Tory leader and prime minister, who will be announced on 5th September, help or hinder UK businesses as we look ahead to what promises to be a turbulent 2023?

Liz Truss and Rishi Sunak: who are they?

Social class is entrenched in British politics. Now, more than ever, the capacity of candidates to identify with the electorate is vital following the Conservatives newly won constituencies in Labour strongholds. Truss’s upbringing in the north of England, during which she attended, what Truss describes as a 'failing' comprehensive school, seemingly makes her the better-suited candidate.

Before entering politics she was Deputy Director at the think tank Reform. She also worked in the energy and telecommunications industry for ten years as a commercial manager and economics director, and is a qualified management accountant.

Once a Liberal Democrat at the University of Oxford where she read Politics Philosophy and Economics, Truss migrated to the Conservative Party in 1998, before entering Parliament in 2010. Since then she has assumed cabinet roles within several departments: Education, Environment, Justice, the Treasury, International Trade, Women and Equalities, and is currently serving as the Foreign Secretary.

Truss has been fluid in her ideological convictions since becoming an MP. In 2016 she campaigned to remain within the EU but the following year adopted a hard-line conservative approach, expressing regret over her previous decision. Following the resignation of Lord Frost last year, she assumed the role of lead negotiator with the EU.

Sunak’s parents immigrated to Britain from East Africa after the collapse of the British Empire. As a practising Hindu, if elected, he would be the first ethnic minority prime minister since Benjamin Disraeli in the latter half of the 19th Century.

While his ethnoreligious heritage is markedly different from previous PMs, Sunak’s educational and class background is more aligned. He attended Winchester College - one of the most prestigious and highest performing independent schools in Britain - before gaining a place at Oxford University where he read Politics, Philosophy and Economics. Since then, Sunak has amassed an estimated net worth of £720m - a sum that is swelled by his wife, the daughter of an Indian billionaire and business magnate, Narayana Murthy.

Sunak spent his professional career before politics in business and finance. He co-founded an investment firm working with companies around the globe, using that experience to help small and entrepreneurial British companies grow.

He was elected Conservative MP for Richmond (Yorkshire) in May 2015 and served as a Parliamentary Private Secretary at the Department for Business, Energy and Industrial Strategy from June 2017 until his ministerial appointment. Having worked in several ministerial roles - including the Treasury - he was appointed as Chancellor of the Exchequer in February 2020 where he served for the duration of the pandemic.

The battle lines have been drawn on several key issues in the fight for the keys to 10 Downing Street. Here are a few that will impact businesses the most.

With the UK economy slowing to a crawl - and subsequent fears of a recession - the spotlight is on both candidates' plans to reinvigorate it. Inflation, currently at levels not seen in decades, is eroding household incomes, and skyrocketing energy costs are pulling more people into poverty and driving up business overheads. The International Monetary Fund has cautioned that Britain will post the slowest economic growth among major industrialised nations in 2023.

It’s not only consumers' reduced spending power that’s a concern for businesses; the annual rate of producer price inflation - the index that tracks the cost of the materials used by manufacturers to make products - jumped by 22.1% in the year to May, the highest rise since records began in 1985.

The vote to leave the EU was divisive to say the least, splitting politicians and the public over whether or not to remain in the bloc. The main Brexit talking point six years on is the controversial legislation to unilaterally tear up parts of the Northern Ireland Protocol. In essence, this drives a wedge between goods passing between Britain and Northern Ireland to protect the EU’s single market.

Both candidates have a big decision to make: press ahead with the confrontational Northern Ireland protocol bill, risking a trade war, or rip it up. While triggering the bill could create free-flowing trade with no need for a border, recent queues at Dover and the decline in trade with the EU provide a cautionary tale.

Tax cuts have dominated proposals by the Tory leadership contenders in their bid to succeed Boris Johnson - but Sunak is on a different page. There are two taxes that in his former role as Chancellor he has already hiked or planned to hike: national insurance (NI) and corporation tax.

The current tax rate on the profits of businesses is currently 19% but under Sunak’s plans is due to increase to 25% in April 2023. The government estimates that cancelling this rise in corporation tax would cost £17bn a year. However, the IFS points out that this doesn't take into account whether lowering tax could lead to increased investment by overseas businesses.

Since April, employers have been paying more in NI contributions - an extra 1.25p in every pound - adding to the squeeze from red-hot inflation as well as soaring business costs linked to Covid, Brexit and the war in Ukraine. The rise was implemented to help the NHS clear its backlog and to improve funding for social care. According to the Institute for Fiscal Studies (IFS), the economic think tank, scrapping the NI rise would cost about £13bn a year.

The debates so far

Since July, Liz Truss and Rishi Sunak have been locking horns in a series of debates as they battle for the support of their party members ahead of the Tory leadership election, with taxes and the economy causing the most contention. Here are some of the highlights.

Early in the debating process, Truss took aim at her rival by saying it was “morally wrong” to raise taxes during a cost of living crisis. Sunak shot back by saying: “What’s morally wrong is asking our children and grandchildren to pick up the tab for the bills that we are not prepared to meet.”

Truss countered by reiterating that Covid was a once-in-a-century event, and that no other major economy was trying to hike tax to pay off its debt so rapidly.

They clashed over the rise in NI, with Sunak labelling himself as “brave” for introducing the £12bn tax increase: “I made sure we got the NHS the funding it needed to help work through the backlogs, get everyone the care they needed and do that as quickly as possible.”

Truss said she would scrap the NI rise and use general taxation to fund the NHS: “I am committed to the extra money that was announced for the NHS. It is needed to deal with the backlog, and I would fund that money out of general taxation.” She also wants to scrap the planned rise in corporation tax.

They did agree on one thing: Brexit is not responsible for the economic turmoil facing the UK at present. Both candidates were asked whether Brexit was to blame for the brakes being applied to the domestic economy and both answered emphatically: No.

At the start of August, Rishi Sunak told a debate attended by Conservative Party members that he would not stand down from the contest, despite Liz Truss's significant lead in the polls.

Asked by an audience member if he would stand down from the race, Mr Sunak said: "The quick answer is no. That's because I'm fighting for something I really believe in and I'm taking my ideas across the country."

When asked about her determination to avert a recession by the end of the year, Truss banged the drum for reform.

“I want us to be on the side of people who work hard, people who do the right thing, people who support their families, people who set up businesses and that is why it is so important we don't burden them with excess regulation but we also keep taxes low.”

Truss cited Rishi Sunak's planned corporation tax rise, which she reminded the audience would mean a higher rate than Ireland, adding: “You simply can't tax your way to growth. I'm afraid that the taxes we have at the moment, a 70-year high, are likely to lead to a recession.”

Sunak told party members that he doesn’t accept he’s too rich to become chancellor and said one of the last things he did as chancellor “was helping the most vulnerable and people who really needed help”.

"We're all going to have a difficult time and inflation makes everyone poorer and that's why I'm so concerned by policies that will make it worse and last longer and that's not right.”

What do the polls say?

The next Tory leadership odds are in part driven by opinion polls. These surveys of how the Tory leadership contenders are faring in the eyes of party members and the public are not in short supply - but most should be taken with a pinch of salt. That’s because only two polling companies have actually asked Tory members what they think - the only people who get to vote for the winner. They are YouGov and ConservativeHome.

The first YouGov voting intention poll of Tory members since the run-off between Truss and Sunak was confirmed on 20th July showed Truss was ahead: 49% of respondents favoured her, compared to 31% for Sunak, with 15% saying they didn't know and 6% not intending to vote.

Previous YouGov surveys, conducted when more candidates remained in the race, also suggested Truss would triumph in a run-off with Sunak.

ConservativeHome is yet to publish a survey since the Tory leadership contest narrowed to two. It did, however, conduct several surveys when there were more contenders in the race to the top, including hypothetical run-offs between different candidates. These run-off surveys also indicated Truss would defeat Sunak in a straight head-to-head. Its most recent review, when five candidates remained, placed Truss second with Sunak third.

For whoever gets elected on 5th September, the road ahead is an unenviable one. With inflation rates at highs not seen for a generation, and energy prices spiralling, not to mention serious political unrest on the world stage, only time will tell how they, and indeed the UK, will weather the storm.

As a currency specialist with a wealth of market knowledge and experience, Clear Currency can help shield the cost of your business’s international payments from the political and economic variables that fuel currency risk. Open your free Clear Currency account today for quick, secure and cost-effective international currency transfers.

We use cookies to collect information about how you use our site. We use this information to make the website work as well as possible and improve our services.